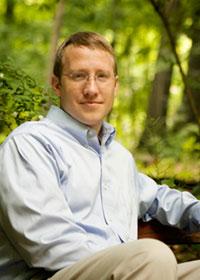 My principal research interests lie in the fields of environmental, rural, and agricultural history, with a particular emphasis on the American South, most especially on Alabama and Mississippi. My first book, My Work Is That Of Conservation: An Environmental Biography of George Washington Carver (Athens: University of Georgia Press, 2011), situated the agricultural and environmental work of George Washington Carver in the context of both the conservation movement of the early twentieth century and the environmental history of Alabama's Black Belt. The research for the book touched off the two projects that currently have my attention. The first centers on the physiographic Black Belt of Alabama and Mississippi and seeks to examine the connections between land use, race, and poverty in the region from its time as Creek, Choctaw and Chickasaw country through the end of the twentieth century. The second focuses on the long-neglected connections between ecology and agronomy in the Progressive Era, tracing the ways in which practitioners of the nascent science conceived of their work, especially its practical applications.